The number of people who were killed Valentine’s Day 2018, by a man-child with an AR-15.

The number of missed calls I had from my father on December 23, 2006, when I went to get my purse to go on my lunch break. It was a Saturday, and I was working part time at a department store between my day job and graduate school. We weren’t allowed to keep cell phones on us while we were on the clock.

When you have seventeen missed calls, you know that you are going to get news that will forever change your life.

I called my father back. I assumed it would be bad news about my ailing grandmother. It was not.

It was my younger brother, Jim. He had been shot in the back at the bank that he worked. A bank robber had come into the branch, with one bullet in his gun. My brother was there, doing his job. My brother was dead. Three days before Christmas, eight days before his 26th birthday.

As my father told me this story through his own tears, I wandered aimlessly in the department store half dazed in sort of an out-of-body like trance. Then I collapsed screaming.

Somehow, I managed to call my friend that was on her way to meet me for lunch. Through choked sobs, I managed to tell her to meet me at the back entrance and that I needed her to take me to the hospital. I knew I was in no state to drive myself.

On the way there, I did not think it was real. It’s difficult to explain how your brain processes an traumatic event.

When we arrived at the hospital a social worker took me back to see my parents. I remember crying, “where is my brother, I need to see my brother!” At that point, I still thought he could be alive if I willed it, and it was all a horrible dream.

The hours and days that followed were some of the most difficult that my family has been through. Now there are seventeen families going through the same anguish. All caused by men with access to guns. 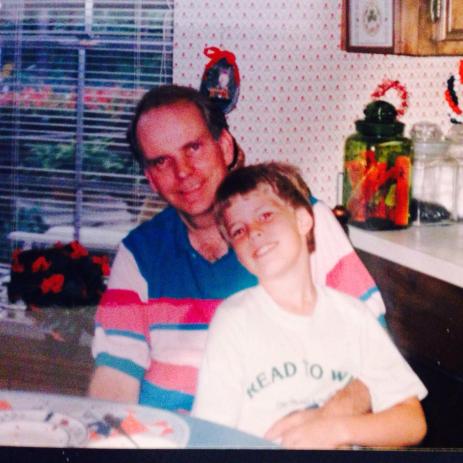 Seventeen stories, who like my brother’s, ended painfully and abruptly.

I am tired of these shootings. I am tired of gun culture. I am tired of gun-enthusiasts telling me it is not the guns, it’s the “people who kill people.” That’s a slap in the face to any family member who has lost a child, sister, brother, father, or mother to gun violence.

It’s been 12 years for my family. Yet, each one of these shootings resurrects the grief, as I know intimately what these families will go through. While my brother was not killed in a mass shooting, he was killed while he was in a place he thought was safe, and doing what he was supposed to be doing. We share an experience I hope no one ever has to go through, yet more and more families are.

Congress must do something. Other countries have. Americans like to think we are exceptional. We are not if we can’t keep our citizens, especially our most vulnerable children, safe.

How many next time?