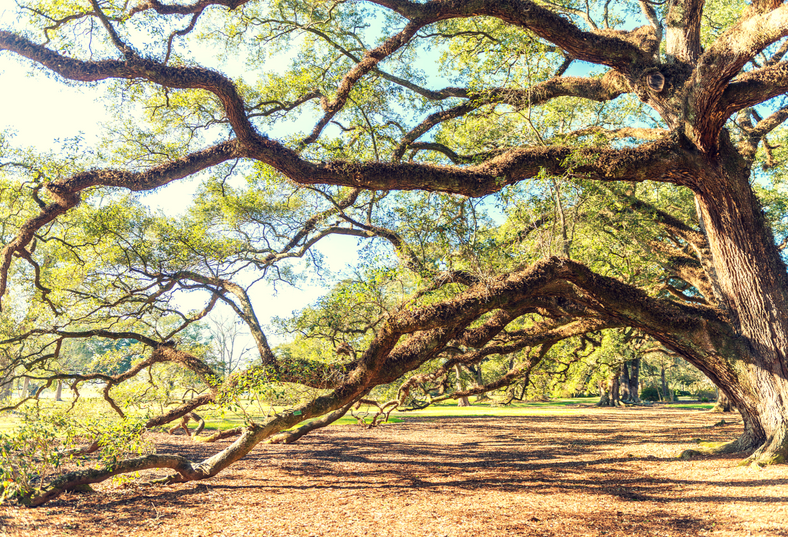 I love history. It was my first love and one of my college majors.  It is part of my daily experience as I research my own family and those of friends. Some of my earliest and fondest memories of childhood are of visiting historical sites. Battlefields and gracious old homes. Many of them plantations in Virginia, Louisiana and Mississippi. I romanticized them in my youthful naivete, seeing them as places of grace and beauty and not understanding the pain and struggle behind the façade.

I write this as a disclaimer of sorts, because despite this love, for me, being Southern is often a contradiction. If my love for the South and its history had a relationship status, it would be, “it’s complicated.” I both adore it and cringe because of it in the same breath.

Last week, Mayor Mitch Landrieu of New Orleans gave a moving speech to address the recent removal of four of the city’s Confederate memorials, the last being a statue of General Robert E. Lee. “They are not just innocent remembrances of a benign history. These monuments celebrate a fictional, sanitized Confederacy ignoring the death, ignoring the enslavement, ignoring the terror that it actually stood for,” Landrieu said, pointing out that General Lee and the Confederate army he led, brought arms against the United States. “They may have been warriors, but in this cause they were not patriots.”

I agree with Mayor Landrieu.

A quick glance of my family tree would reveal that around 97% of of my ancestors currently researched were Southern.  So for anyone to claim I am NOT Southern because of my agreement with Mayor Landrieu (it has happened folks), my lineage alone would beg to differ. I have several ancestors that served in the Confederacy. I cannot know all of their reasons for serving. However, one was well past the age to serve, he was that dedicated to something. Several of these ancestors were slave owners. Many only had small farms and thus two or three slaves. Others owned several farms, large plantations, with enslaved souls of ten or more. I cannot know if, as slave masters, my ancestors were kind, cruel or somewhere in between. I hope they were kind, but even if they were I am not sure  it really matters. The “benevolent master” is something we console ourselves with to rationalize their actions and make the past more palatable.

If my love for the South and it’s history had a relationship status, it would be, “it’s complicated.”

Based on obituaries, many were “devout Christians.” During this time, their interpretation of the Bible was used to justify their support of an inhumane and totally UN–Christian system. I cringe every time I read an ancestor’s last will & testament where they first envoke their “Almighty Creator,” and then mention slaves by name who are to be casually given to one heir or another. Assigning PEOPLE away like the farm animals or equipment they also bequeathed. Some these enslaved were barely children, possibly taken from their parents. As a mother to two young children, I cannot even bare to think on this reality.

This is not to say I am not proud and thankful for my ancestors in many ways, but for me, it is impossible to reconcile this part of their lives. I can’t conveniently shove this part of their story away in a drawer pretending it doesn’t exist. I can celebrate their accomplishments, but not without acknowledging that in many cases it was in large part due to the labor of the men and women they held in bondage. While I certainly revere them in one way, I also have to acknowledge that they were on the absolute wrong side of history. I do not regard them as heroes or patriotic. Just human. And like love, humans are complicated.

Many feel strongly that the removal of these statues is erasing history. Their history. Erasing the memory of their ancestors of whom they are exceedingly proud. I would never advocate erasing history. To those who would object, I ask them to consider the lives of millions of Americans who now have limited researchable family history past emancipation. The identities of their ancestors often reduced to a tick mark with an age and an “M” or “F” listed on a slave schedule of a census record. Thousands of identities lost purposefully and forever to the systemic cruelty of slavery. Thankfully, due to the hard work and valiant efforts of of some amazing genealogists and historians, more and more records are being shared and transcribed.

The Freedmen’s Bureau Project has indexed and arbitrated 1,781,464 records. Bloggers, such as my possible cousin (fingers crossed!) True at MyTrueRoots, and online video chat communities such as BlackProGen LIVE, hosted by Nika Smith, are researching their own family histories and educating and helping descendants of slaves find their families.  They are also helping people like me learn how they can assist in these efforts, sharing our own information of those enslaved by our forebears. Finally, DNA is connecting the dots where records can’t. But for many, their ancestors may be lost to time.

Additionally, no one is trying to rewrite history. Strike that. I would say that history was already re-written by those who sought to glorify the memory of the antebellum South, change the narrative and claim the Civil War was not about slavery. It was most certainly about slavery. All excuses, such as state’s rights, lead there. Read the beginning of many of the Confederate State’s Articles of Seccession, such as in the state of Mississippi, where it states, “Our position is thoroughly identified with the institutions of slavery–the greatest material interest in the world.”

Indeed, this country’s “original sin of slavery,” as my favorite documentarian/historian Ken Burns refers to it, is still dividing our country. The scar of slavery may ultimately be too deep and wide a wound to ever heal, as evidenced with the current national political climate and leadership.

There is a vast distinction between remembering, and honoring this history. It is not rewriting or forgetting our history to move these memorials and statues to museums or battlefields. This is where they belong. If we must have them, they are the appropriate places to tell and interpret the contradictory and tumultuous story of our nation. City squares, government grounds, state holidays, and even street names bestow honor and reverence for a system and war that does not deserve our praise. I would go a step further and argue, while perhaps old in a technical sense, these markers are not historic. They do not generally mark historic battles, places or consequence. The true historic sites are already consecrated to time and deed. Statues to false gods are are not historic. They are pure intimidation.

There’s a reason there are no statues to Nazi leaders erected in Europe, and instead museums and memorials dedicated to the Holocaust. The scarred earth remembers where battles and atrocities, be they outright genocide or the enslavement and torture of a race of people, occurred. This is hallowed earth. Let these sites be the places we study, reflect and learn from our past.

I don’t pretend to know the best way forward. But, there are many reasons to be proud of being Southern that we should embrace instead of this painful past. Our love of tradition, good manners, monograms and church on Sunday. Good music, good food, and great company. SEC Football. Of living life more slowly.  Cherishing Mema’s china, and Grand Daddy’s rocking chair. Let us endeavor to hold these ideals up as the pillars and joys of being Southern.

Copyright © 2015-2017 Beth Wylie and Life in the Past Lane. All rights reserved. The opinions included are my own. References to other parties do not imply endorsements by those parties.